Let's be clear, I absolutely HATE the word "queer" because of its incredibly destructive history and usage in the part of the country where I grew up. But I agree that the term "queerbaiting" is useful because of situations like this. I liked the show (Teen Wolf) and the actors, but the promos they ran to sell the show were pretty outrageous in retrospect . . . when absolutely nothing of this sort happened between Stiles and Hoechlin. I guess you can tell it still bugs me . . . 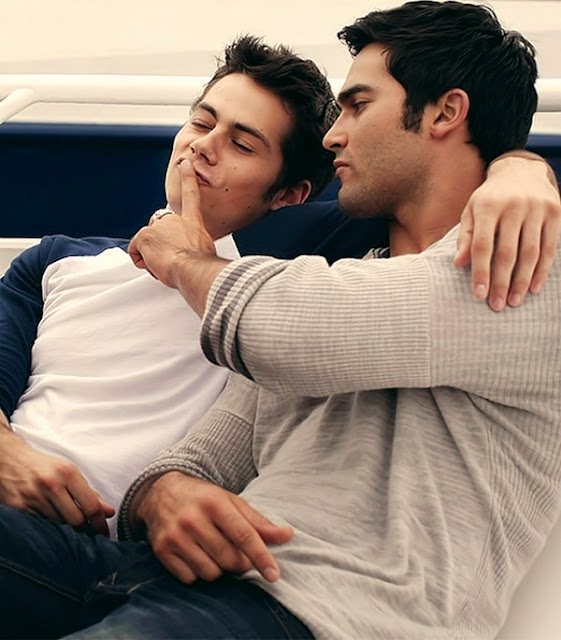 QUEERBAITING refers to the practice of implying non-heterosexual relationships or attraction (as in a TV show) to engage or attract an LGBT audience or otherwise general interest without ever actually depicting such relationships or sexual interactions.
For example, a TV show may be accused of queerbaiting when interactions between two same-sex characters are consistently suggestive of sexual attraction or a sexual relationship but the characters never actually enter into such a relationship including and especially when their sexuality isn't otherwise discussed or portrayed.
Posted by SteveXS at 8:19 PM