This post was going to be about the continuing anti-gay hypocrisy of the Boy Scouts. But I guess miracles happen . . . 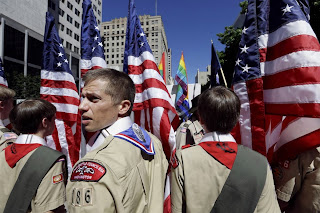 Lots of books and articles about the movement's English founder, Lord Baden-Powell, address his homosexuality. This is the most explicit (and angry!) one I've seen . . .

“In 1896, Baden-Powell was returning from the Ashanti expedition on West Africa’s Gold Coast (later Ghana) with the Ashanti Star (1895–96) under his belt. He located two 16-year-old Irish soldiers, accused them of cowardice, tied their hands behind their backs, told everyone he was going to interrogate them, cleared the carriage, sodomised the two bound 16-year-old Irish soldiers, then shot them both in the back of the head, dead. Robert Baden-Powell was 39.”

Doesn't mean the Boy Scout organization hasn't done good things for lots of boys, and with this total about face there will be more. But get real! Seems like they finally realized they couldn't keep out gay kids and scoutmasters without condemning the dude who created it in the first place. In light of Baden-Powell's documented obsession with boys, the title of the original manual takes on a creepier meaning . . . 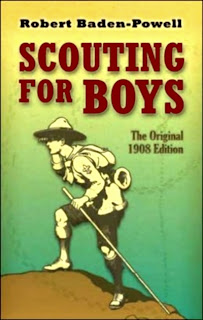 The greghallet link does not work.